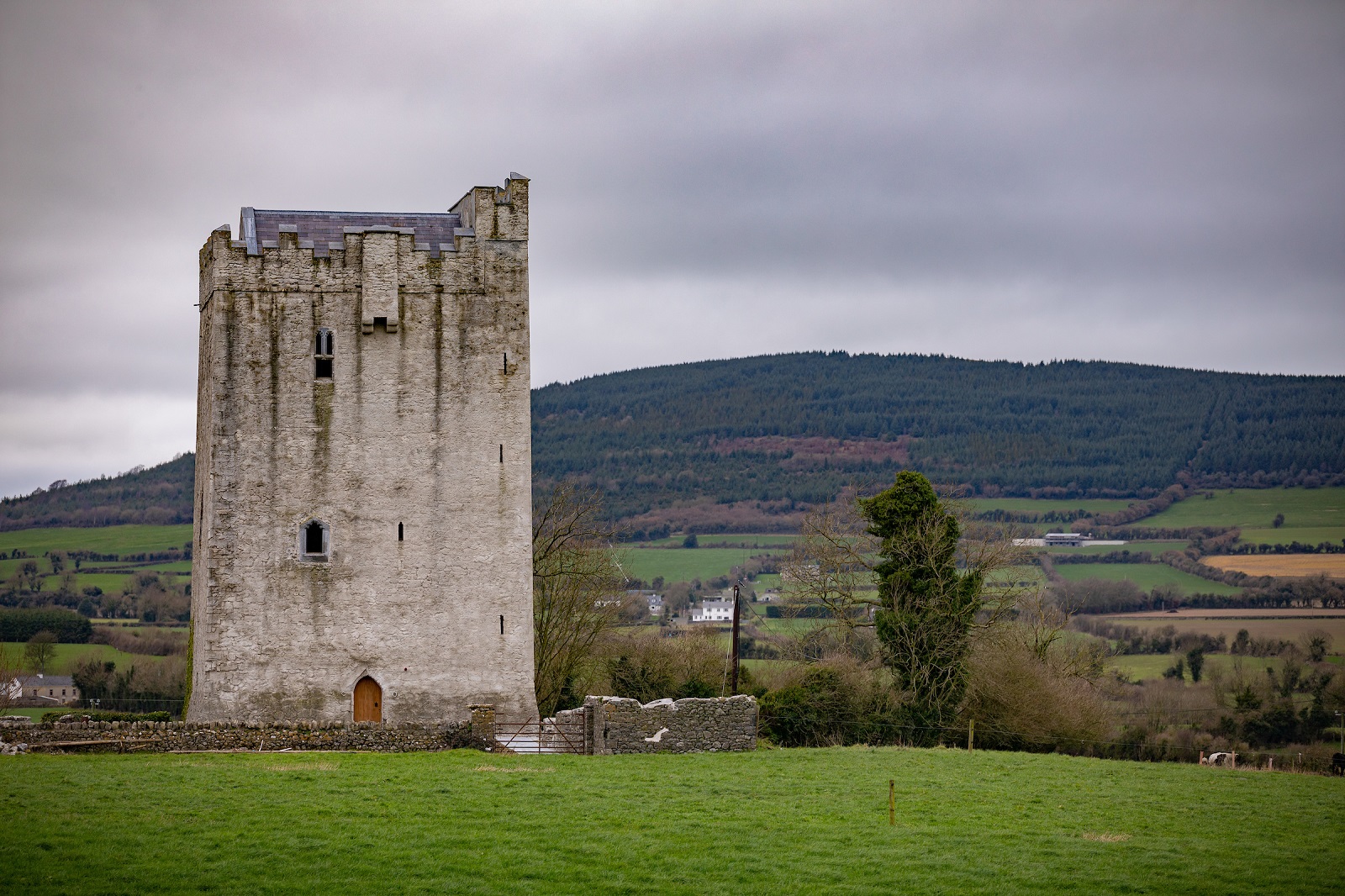 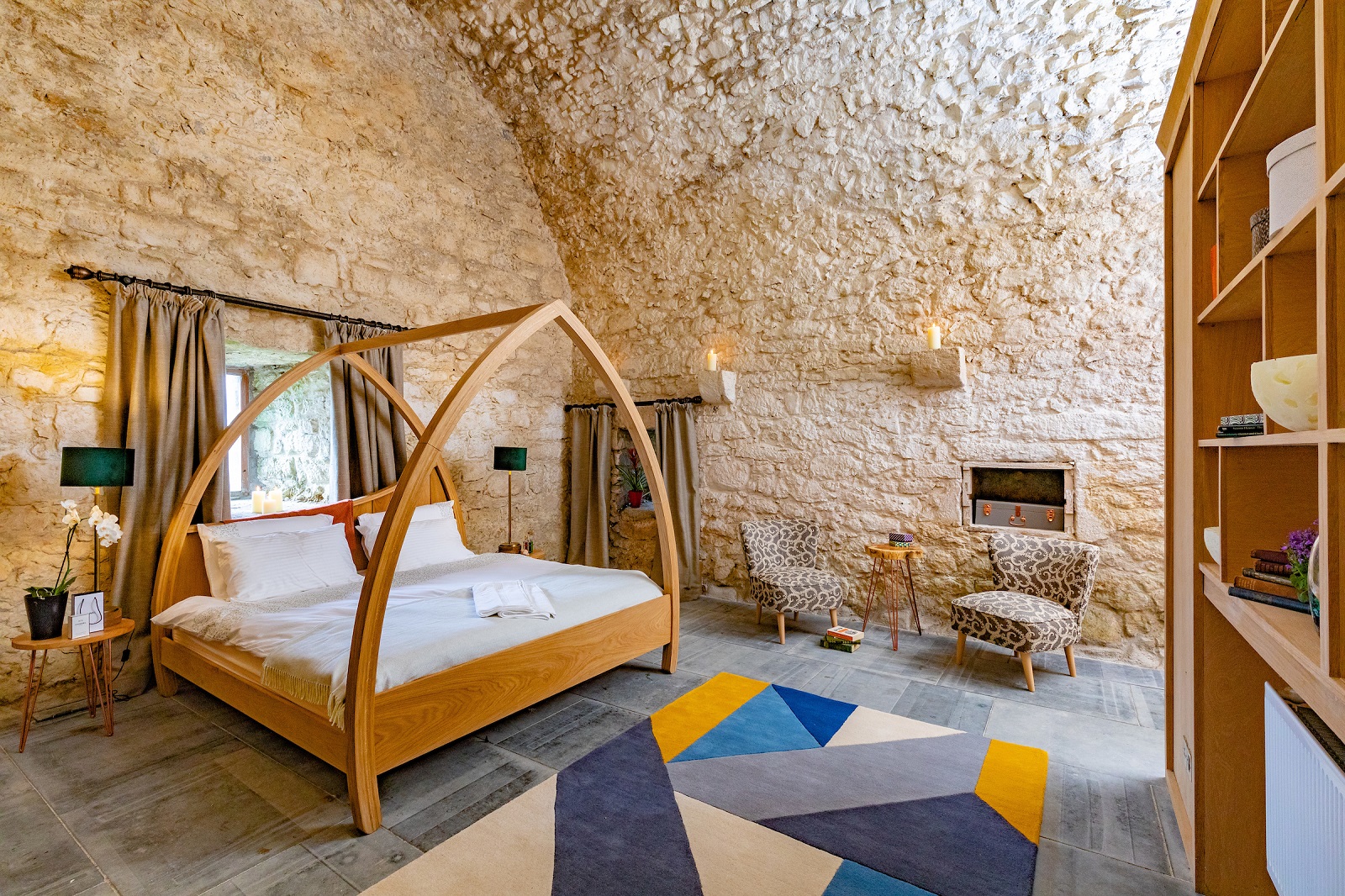 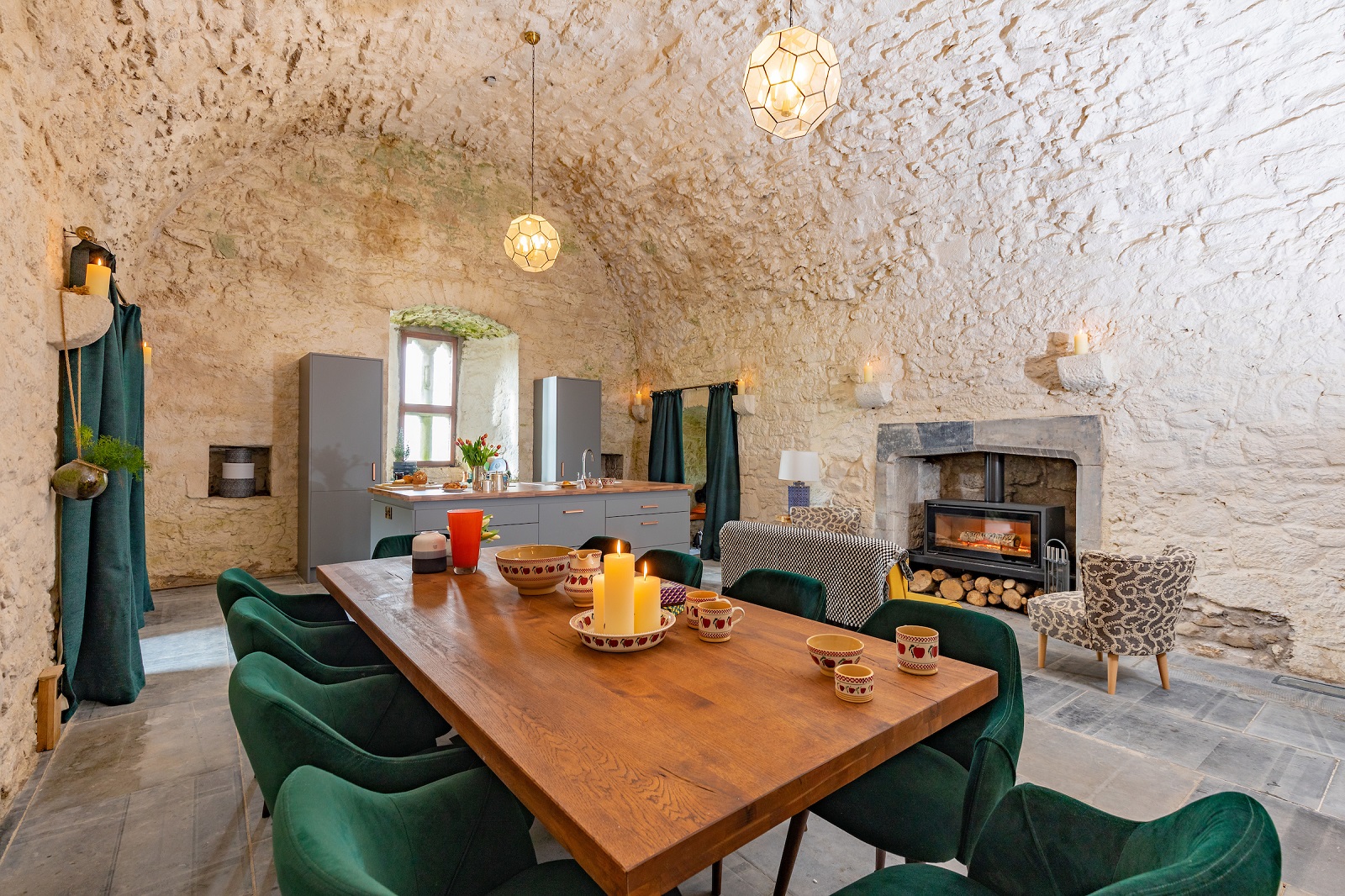 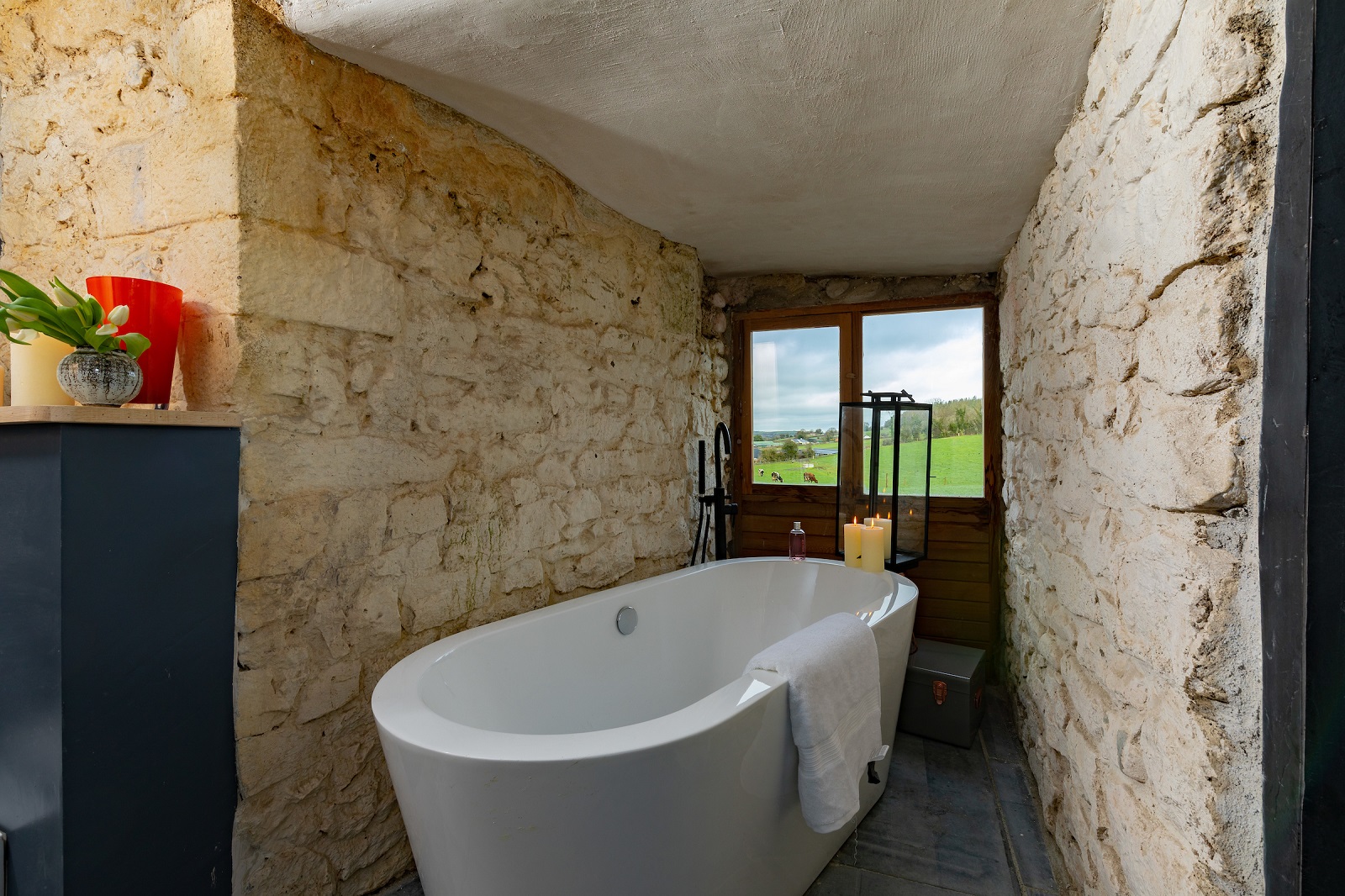 In 942 AD, Muircheartach, King of modern-day Ulster, marched his army of 1000 Leather Cloaks south to avenge his allies, who had been attacked by Callaghan, King of Cashel. Muircheartach’s bard, Colmanach, recorded the journey in an epic poem, Circuit of Ireland, in which he praised the beauty of Osraí (now Kilkenny), and the hospitality of its people. At the edge of enemy territory and on the cusp of battle, Muircheartach’s army set up camp in Tubbrid, on a plain that a millennium later is still called Bán an Champa (the Field of the Encampment). The King himself is thought to have slept at the fort where Tubbrid Castle now stands. A thousand years later, the people of Kilkenny still pride ourselves on our warm hospitality and from the top floor bedroom of Tubbrid Castle you can survey Bán an Champa and enjoy lodgings befitting a king.

Staying in our authentic Irish tower house doesn’t mean foregoing the finer things in life. Start your day under a powerful rainforest shower or in a deep, bubbly bath. Sip your morning coffee while taking in vistas of forest and field from bespoke velvet cushions in the large original window seats. In the evening you can cook in the Great Hall's fully-equipped kitchen and dine at the grand oak banqueting table before curling up with a book or a board game in front of a roaring log fire. However you choose to spend your day, you can look forward to coming home to spend the night under a goose down duvet in a superking four-poster bed.

Tubbrid Castle is a Listed Building and a National Monument. Due to the castle's many steep stairs and heavy doors, we are unable to accommodate children or parties, including hen and stag parties.

Ireland's Blue Book is a collection of Irish Country House Hotels, Historic Manor Houses, Castles and Restaurants located throughout the island of Ireland. Below is a full list of our houses and restaurants and the map above shows each of their locations.