Limerick is Ireland’s third-largest city, stunningly located right next to one of Ireland’s most picturesque rivers - the River Shannon. Conquered by the Vikings in the ninth century, this bustling modern city has a rich medieval past, which resounds around its ancient streets.

As well as the internationally renowned Hunt Museum with its exceptional art collection including works from Picasso, da Vinci and Renoir, Limerick also boasts a wonderful medieval precinct with the famous 800-year-old King John’s Castle.

A bustling, vibrant and exciting destination, Limerick is packed with excellent shops, wonderful restaurants and some enjoyably indulgent accommodation and makes a great base for exploring the local sites.

Places of Interest in Limerick City 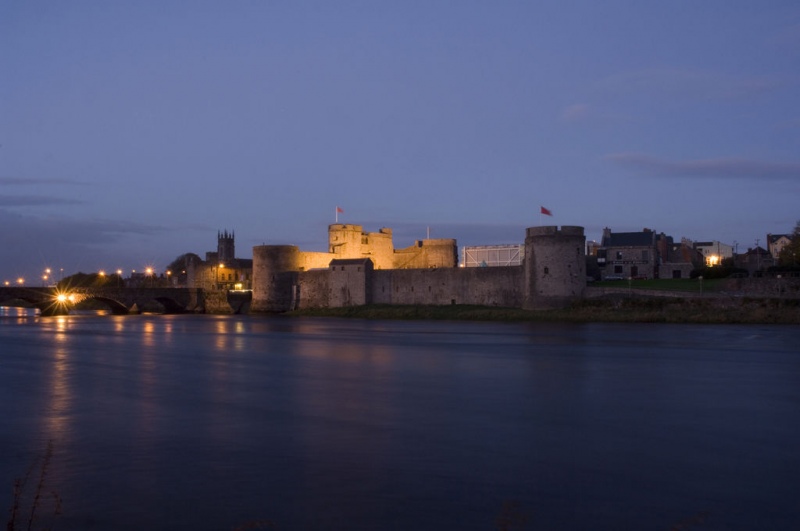 King John's Castle was built between 1200 and 1210 and was repaired and extended many times in the centuries following. The visitors' centre contains an imaginative historical exhibition which tells the story of the castle. The courtyard and castle provide excellent displays of the trades and traditions of the 16th century with the aid of costumed characters.

King John, as “Lord of Ireland” minted his own coins and the Royal Moneyer would have struck the coins in the Castle mint. Today, visitors can receive their own special coin as a souvenir of their visit. The castle provides wonderful panoramic views of Limerick city and the surrounding countryside. The sights, scenes and sounds of the Castle all combine to give visitors a genuine feel for the era. 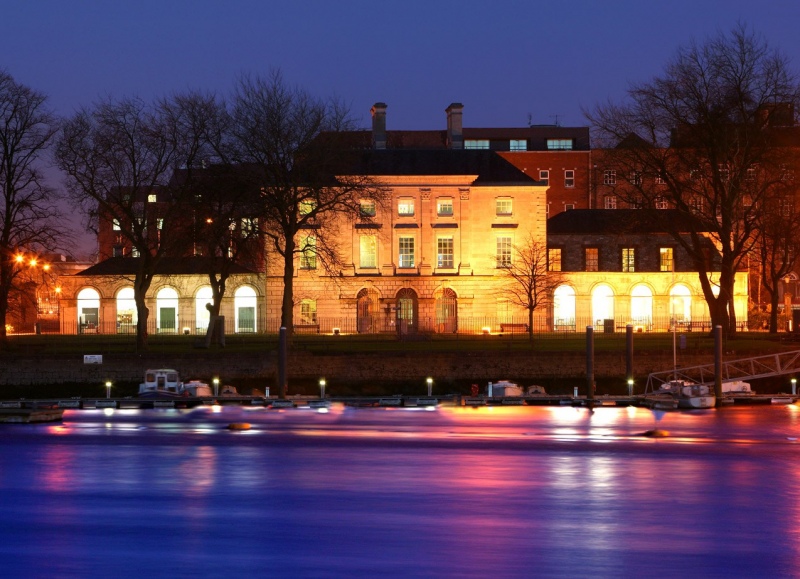 Exhibiting one of Ireland's greatest private collections of art and antiquities, dating from the Neolithic to the 20th Century, the Hunt Museum includes important works by Renoir, Picasso and Yeats.

During a visit to the museum visitors can choose to explore the collection independently or take one of the regular guided tours at no extra charge.

Tours are approximately one hour long and vary in content depending on the guide - exploring a theme; focusing on particular areas or objects from the exhibition, or encompassing the overall highlights of the museum. During a "highlights" tour, expert guides will take guests on an exploratory journey through the Hunt Collection and the lives of the collectors. Visitors can view the art of Picasso, Renoir and Yeats, stunning works from medieval times and examine weapons and tools from the Celtic period. Also included is a visit to the Jewellery Gallery to view the Mary Queen of Scots Cross; the Treasury; and to see a Greek coin that is reputed to be "one of the thirty pieces of silver" paid to Judas for the betrayal of Christ. 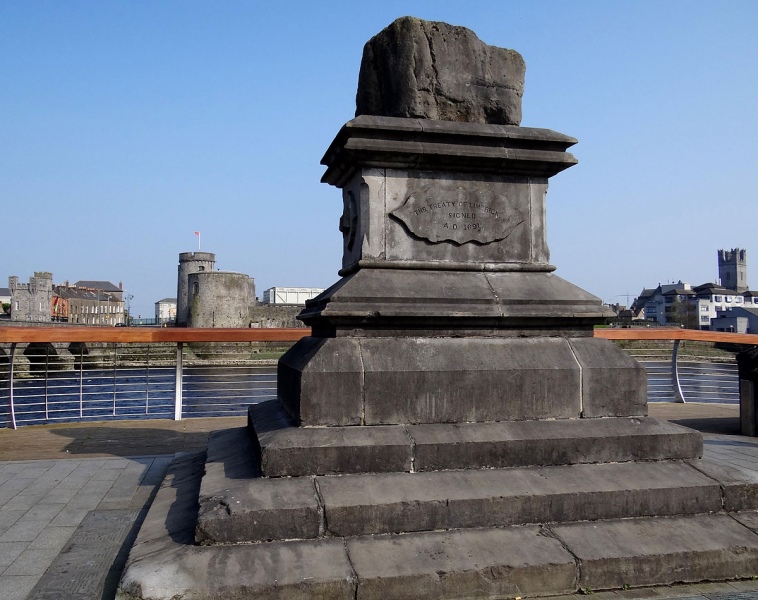 Limerick City's most famous monument - the Treaty Stone gets its name from the tradition that the Treaty of Limerick, 03 October 1691, was signed on the stone itself. The treaty marked the surrender of the city to the army of William of Orange. The terms of the treaty included that Catholicism would be respected. However, the treaty was rejected and its terms ignored. Limerick thus became known as the "City of Broken Promises". The stone is situated across the River Shannon from King John's Castle in Limerick City.

Places of Interest in Limerick County 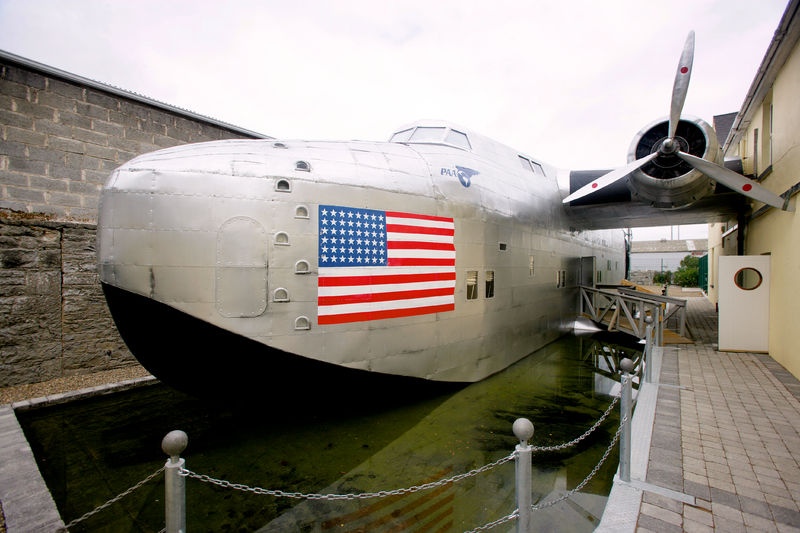 The Foynes Flying Boat Museum is dedicated to that historic time from 1939 to 1945, when Foynes, Ireland, became the centre of the aviation world. On July 9th 1939, the luxury Pan Am Flying Boat - the "Yankee Clipper", landed at Foynes. This was the first commercial passenger flight on a direct route from the USA to Europe. During the late 1930s and early 1940s, this quiet little town on the Shannon became the focal point for air traffic on the North Atlantic.

In 1942, Brendan O'Regan opened a restaurant and coffee shop in the Foynes terminal building and employed a Chef named Joe Sheridan. It wasn't long before Joe realised that the passengers waiting in the terminal in cold and rainy weather needed something a bit stronger in their coffee and thus, the Irish Coffee was born.

Adare is regarded as being one of Ireland's most picturesque villages and is a haven for those wishing to escape and unwind. Situated on the river Maigue, a tributary of the River Shannon, Adare is steeped in medieval history. Adare has been the subject of many rebellions, wars and conquests, leaving behind a legacy of historical monuments.

Today, Adare village boasts a wealth of architectural and scenic beauty. The main street of Adare is punctuated with stunning stone buildings, medieval monasteries, ruins and the beautiful village park. 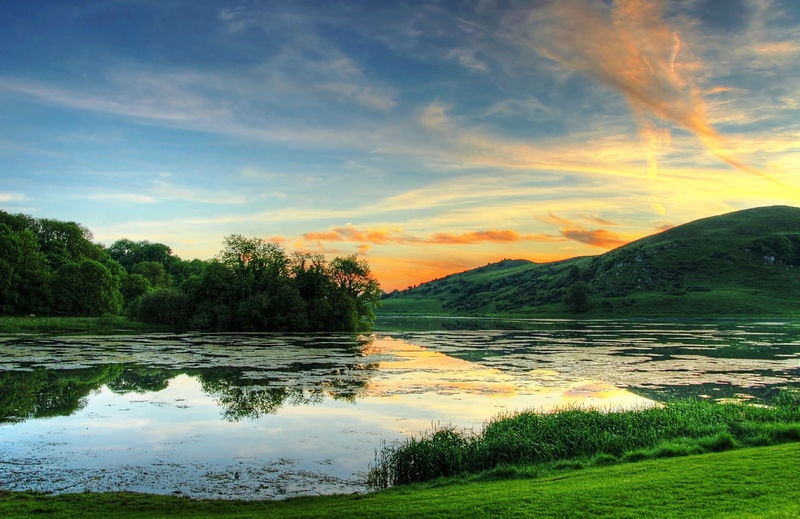 Explore 6000 years of ancient civilisation at Lough Gur, which has been a place of continuous habitation since the arrival of the Neolithic people and represents, in microcosm, each of the different ages from the Stone Age to the Post-Medival Period. People visit Lough Gur for the beauty and tranquillity and to explore the stories of this magical place.  In response to this demand, local historian Michael Quinlan established the Lough Gur Guides to allow others access to the wonderful history, folklore and archaeology of the place.

A wide variety of tours are available, starting at the Lough Gur Heritage Centre from general group tours held from mid-June to mid-August to more personalised tour depending on your own requirements. 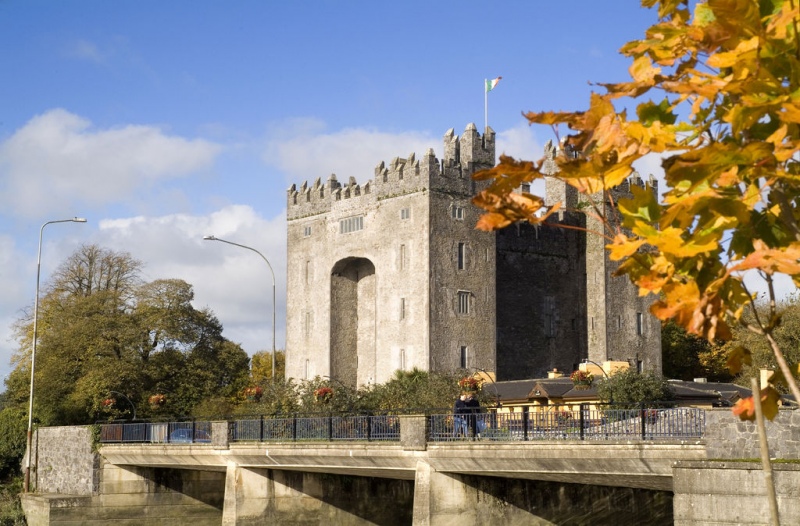 The Castle is the most complete and authentic medieval fortress in Ireland.  Originally built in 1425, it was restored to its former medieval glory in 1954 and now contains 15th and 16th-century furnishings, tapestries, and works of art which capture the mood of those times. Today, the castle stands peacefully in beautiful grounds. The houses and cottages of the folk-park spread out at the foot of its massive walls, much in the way that the cottages and crofts of old would have clustered around its base.

Other places of interest in Limerick include Dromore Castle and Limerick Racecourse.

Stay in a Blue Book House nearby: 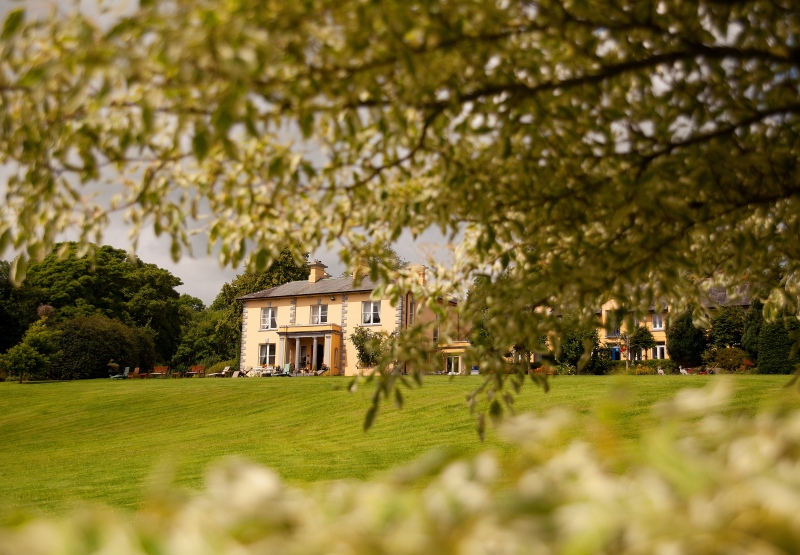 Nestled in the heart of the Limerick countryside is The Mustard Seed at Echo Lodge, a converted 19th-century convent. The celebrated and comfortable Echo Lodge is set on ten acres of gardens, the stylish country house provides luxury accommodation coupled with the world-renowned restaurant. It is an ideal base for touring the South West region located only ten minutes from Adare Village and a 40-minute drive from Shannon Airport. 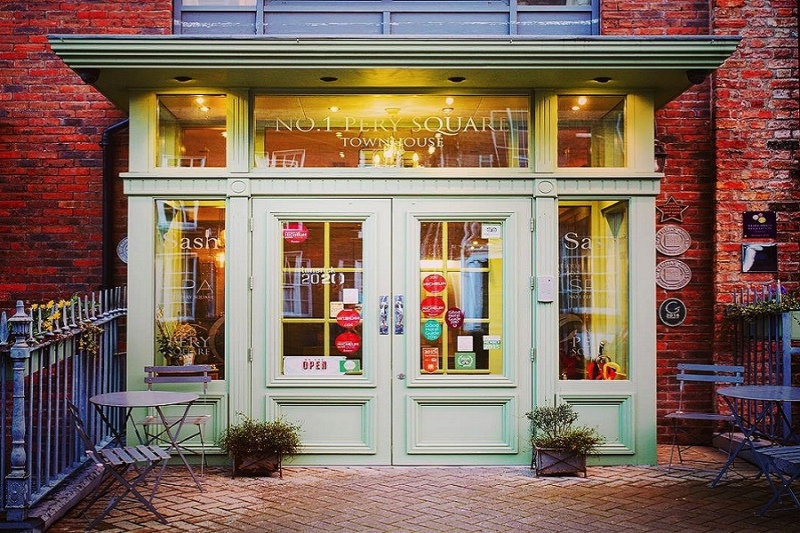 Overlooking the handsome, tree-lined People's Park in Limerick's Georgian Quarter, No.1 Pery Square is a luxurious and intimate boutique townhouse. Situated just 5 minutes walk from the city centre and train and bus station, the house comprises of 20 bedrooms, all individually named and styled.

Delicious food and wine are served at Sash and the Park room lounge. No. 1 also houses an organic VOYA spa tucked away in the basement vaults and its own kitchen garden, rooms full of personality and style throughout and a boutique wine shop. 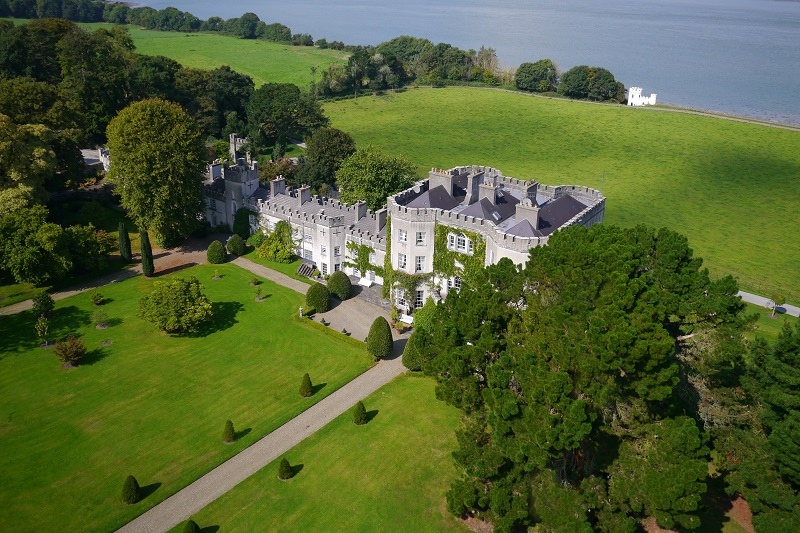 Glin Castle, home for 800 years of the FitzGerald family, hereditary Knights of Glin, stands proudly in its 400-acre wooded demesne on the banks of the River Shannon. Behind the house lie romantic pleasure grounds and a vibrant walled garden which supplies flowers, vegetables and fruit for the kitchen. Glin Castle is available to hire exclusively for private rental accommodation, events, golf tours and small weddings.

The Castle comprises 15 luxurious, uniquely decorated en-suite bedrooms, a grand entrance hall, dining room, comfortable library and elegant light drawing-room, all with open fires. The kitchen offers the best in Irish country house cooking. Activities such as clay pigeon shooting, yoga and archery as well as evening whiskey tastings with Irish music, can be arranged on-site. Glin Castle is the perfect gateway to the southwest and the Wild Atlantic Way.