The art of topiary dates back to Roman times and has come in and out of vogue since then. The art of topiary involves coaxing, training and clipping plants and hedges into magnificent shapes such as animals, mazes and green furniture. 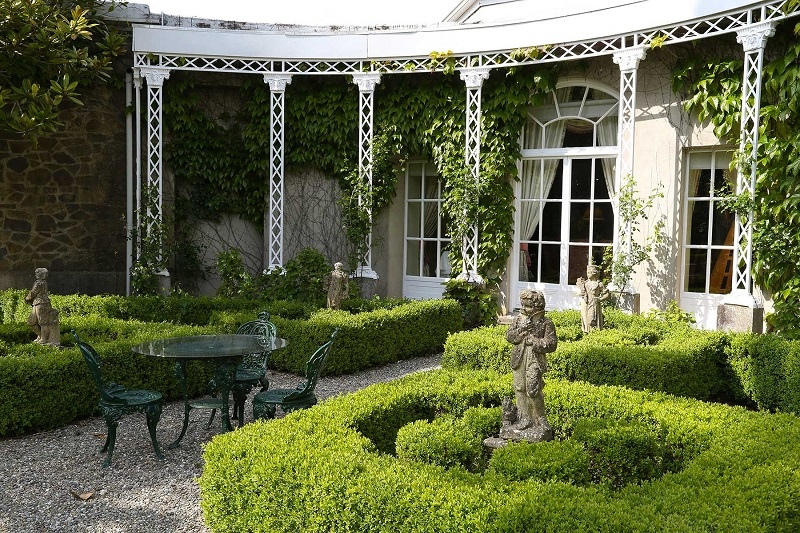 Knot gardens specifically, originated in Medieval times but were particularly popular with the Tudors. The typical knot garden is created from different colours of box hedge, planted in crisscrossing patterns that resemble knots.

Experience the epitome of garden elegance at Marlfield House, which features a wonderful example of a typical knot garden, neatly manicured hedges, in perfectly symmetrical mirrored patterns and geometric shapes.

Before mechanical lawnmowers, the most practical means of keeping large areas of grass short was to keep livestock on the land, and as such many large country houses, manors and castles kept animals for this purpose. The Ha-Ha was designed to prevent the livestock from gaining access to the gardens adjoining the house. A Ha-ha is a type of sunken fence or ditch, which creates a barrier for the livestock, preventing them from entering the manicured gardens without the need for intrusive and obstructive fencing. 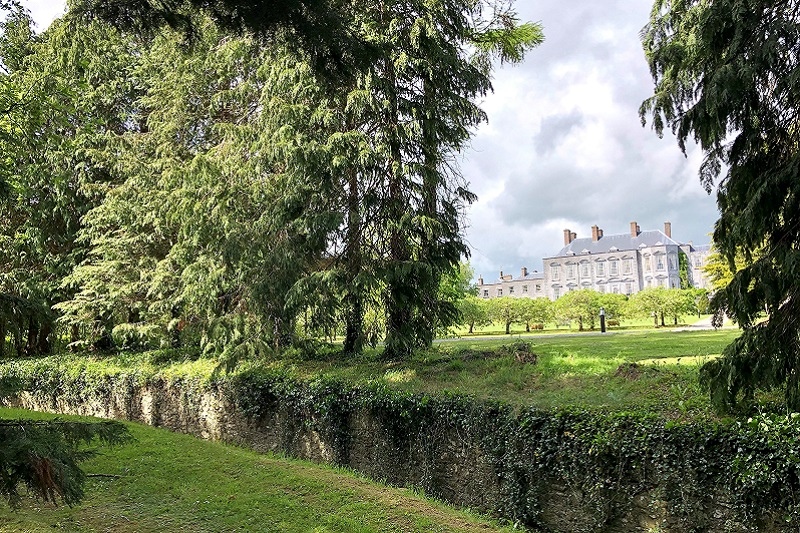 Castle Durrow’s Ha-ha was a feature of the original gardens and while it is no longer used for its original purpose, it remains as an interesting feature of an earlier point in the estate's history.

The Walled Gardens at Ballyfin Demesne

Walled gardens originated in the Victorian era, and while they are popular now among garden lovers for their beauty, the walls were originally built for horticultural rather than aesthetic purposes and worked by creating a micro-climate where certain plants could more easily be grown. There are two walled gardens at Ballyfin that date back to the 18th century, and while they have been restored in the time since, a number of interesting features from the period still remain. 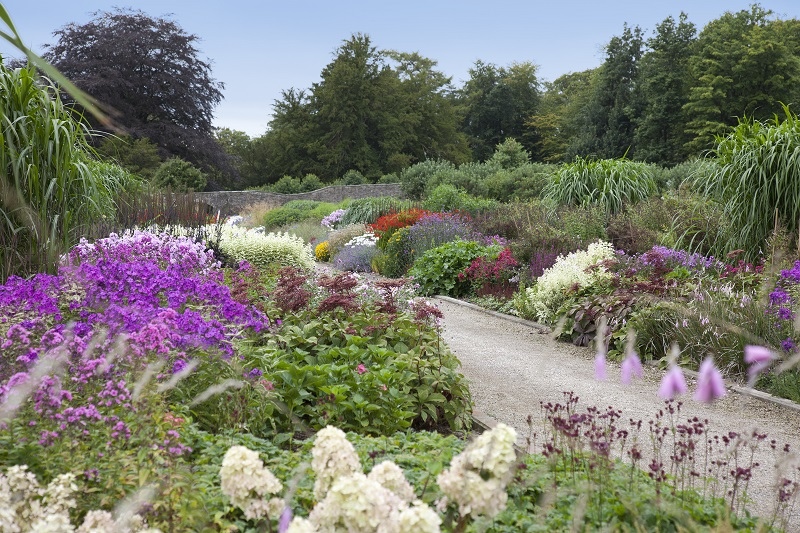 The south-west facing wall is lined with bricks to retain the heat of the sun and so help to ripen fruit in the days before glasshouses. The fruit grown in the gardens at the time was used in the kitchens of the estate, as it still is today. Indeed, some of the original apple trees from the time still survive and are over 150 years old.

The central paths are lined with borders of flowers. The north-east to the south-west path has wide herbaceous borders, producing a succession of cut flowers for decoration in the house. At the south end starts with white, silver, grey, moving into pale blues, yellows, reds, orange, mauve and pink. Herbaceous borders are seen by many as the pinnacle of garden design. They also date back to the Victorian era and are designed to create a dramatic effect through colour, shape or large scale.

With 4 acres of beautifully maintained gardens, a stay at Viewmount House demands a stroll through the grounds. The gardens are divided into beautiful “rooms” such as the White Room, the Blue Room and the kitchen gardens. 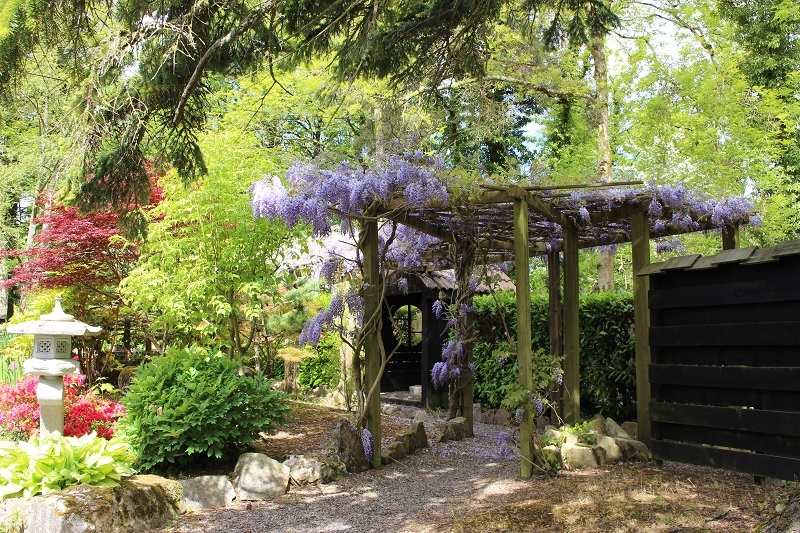 A particular highlight is the Japanese gardens, which incorporate many of the traditional elements of Japanese garden design, including the avoidance of symmetry and artificial elements, a focus on aesthetics as well as philosophy, and elements of water, rocks, bridges, trees and flowers. There is a Japanese Tea House surrounded by water and three ponds with Koi fish. The "Path of Life" leads to a log bridge and into the Zen garden enclosed by bamboo, complete with a Stupa and decorative rocks.

Traditional Japanese garden design dates back to around 974 A.D. and has gone through many evolutions. The style became popular in the western world since the early 1900s, renowned for its beauty and intricacy.

The most contemporary entry on this list. The Sky Garden at Liss Ard is a piece of modern “land art” designed by renowned artist “James Turrell” 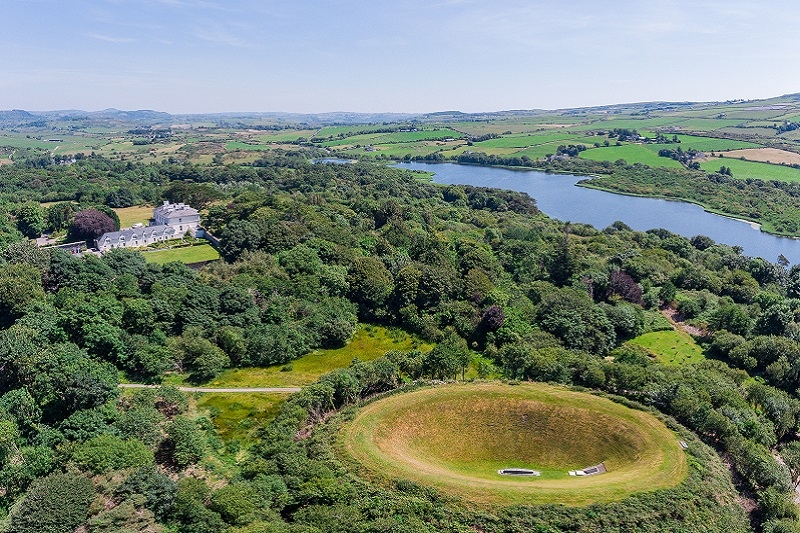 The Sky Garden consists of a large crater with high garden borders and a stone plinth in the centre of the crater. The visitor should lie on the plinth (or two visitors should lie on it toe-to-toe) and gaze straight up at the sky above. The borders of the 'Celestial Vault' create a perfect frame of the Irish sky, and allows the visitor to experience unobstructed and uninterrupted views of the sky at different points in time, from the starry night sky to the gentle passing of clouds across the blue sky. The acoustics are such that not a sound can be heard from outside the Sky Garden and as such, visitors are at one with the experience entirely.

While not gardening in the traditional sense, the land art movement emerged in the 60s and 70s as an alternative way of creating art through nature.