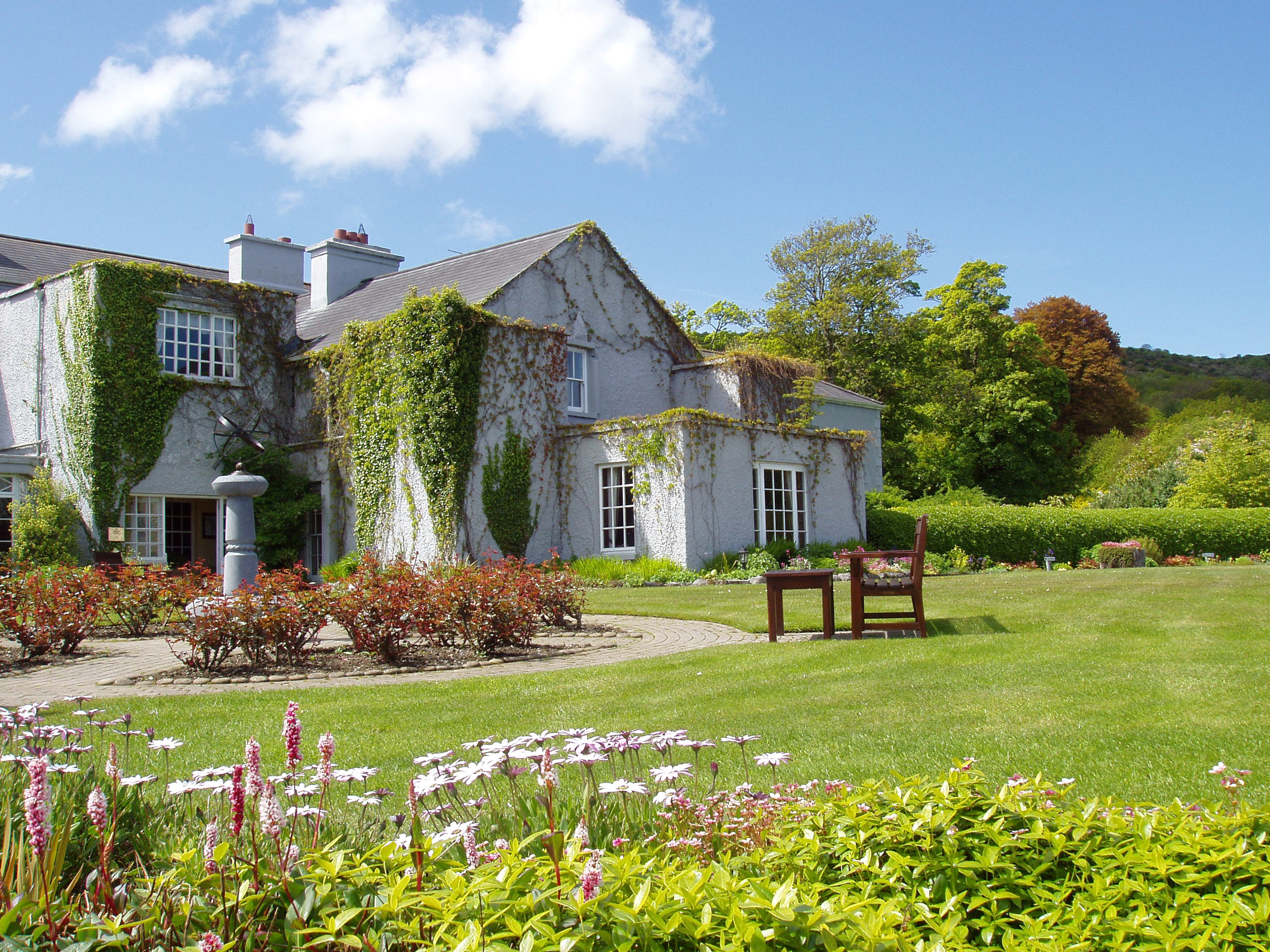 A cycling adventure to Gregans Castle

As I sat down to dinner in Gregans Castle, one of Irelands blue book hotels,  last evening looking out at the purple hue form the limestone mountain across the valley I noticed the sky beginning to change colour. As each course of my meal was presented the sky went from pink to orange to red before finally succumbing to darkness as my desert arrived.

In the distance lights from the city of Galway glimmered across the bay. On the opposite side of the valley much nearer to my window seat in the spectacular dining room, I began to notice the lights of cars make their way down the side of the limestone mountain that I had been looking towards earlier without noticing the road within.

The destination for my final days cycling whilst staying in Gregans Castle was now decided.

Autumn leaves gave a delightful contrast to the smooth dark tarmac as I once again turned left for Corkscrew hill. The sky was clear enough to display the valley below in its finest grandeur as I made my way along the now familiar hairpin bends towards the summit.

Lisdoonvarna was straight on but I took a left and ventured down a very quiet winding stone walled road that gave a true sense of the vastness of The Burren all around in the distance.

I stopped to take a photo in the middle of the road feeling safe in the knowledge that I would not be obstructing any traffic as there was none that I had met so far. Low and behold what should I hear approaching just as I had my bike in position but a local farmer on his way to check his cattle. Probably the only traffic that would pass this way for the morning and I managed to time it just right, or wrong perhaps.

Soon I found myself out on a slightly busier road with a sign up ahead for Caherconnell fort. Turning in to the carpark I noticed an array of flags from different nationalities that visit this historic attraction.

Moving on again the dark green grass of the fields beyond the roadside stone walls began to give way to bright limestone rocks that gave the impression of being the chosen crop of the area.

One bend followed another as the road began to descend. Around a corner I noticed Gregans Castle off in the distance and knew that I was on the road that had caught my eye the previous evening. Following on as the road continued to turn I was presented with a jaw dropping view of another perfectly formed Burren mountain across the valley, and the calm waters of Galway bay down below.

Further along I came to the entrance of Aillwee Caves, one of the most famous caves in Ireland. The Burren is a haven for all adventurers form climbers to hill walkers, and from cyclists to those who enjoy potholing for leisure.

A t-junction and a left turn guided me back towards the peaceful haven of Gregans Castle once again. My time was now drawing to a close but a thoroughly enjoyable few days spent cycling along the Clare coastline and exploring the uniqueness of the Burren landscape whist staying in a magnificent hotel ensures that I will return again.

This route would rate 4/7 for difficulty.

Getting around on Ireland's Greenways

The Big 5 Challenge at Carrig