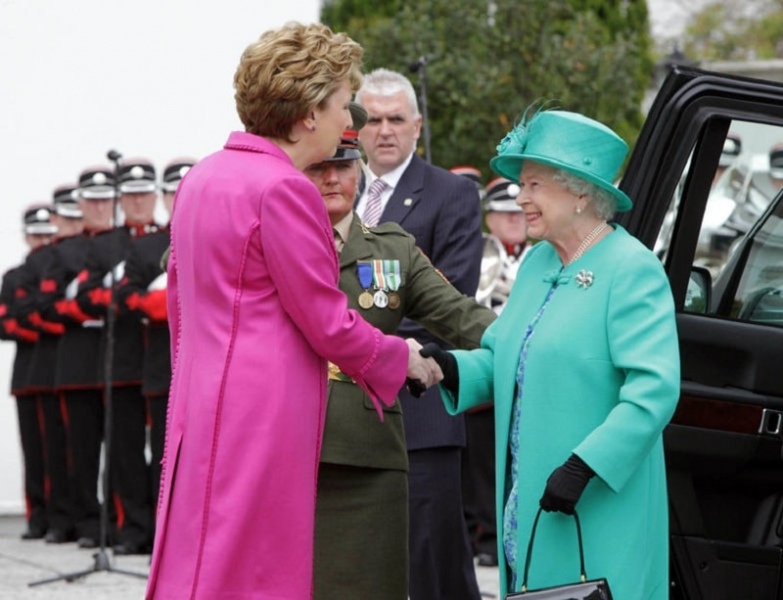 On her first afternoon in Ireland, the Queen visited the Garden of Remembrance and laid a wreath for those who died in the fight for Irish freedom. The Garden of Remembrance is located in the northern fifth of the former Rotunda Gardens in Parnell Square, a Georgian square at the northern end of O'Connell Street in the heart of Dublin City. Directly opposite the garden is the Hugh Lane Gallery and the Dublin Writers’ Museum,

The Old Library and the Book of Kells Exhibition in Trinity are a “must-see” on most people's Dublin itineraries. Located in the heart of Dublin City, a walk through the cobbled stones of Trinity College Dublin will bring visitors back to the 18th century, when the magnificent Old Library building was constructed. Inside visitors can find The Book of Kells - a 9th-century gospel manuscript famous throughout the world. Visitors are welcomed seven days a week.

During her visit to Dublin, the Queen also visited the Guinness Hop Store at St James’s Gate. At the famous brewery, the 85-year-old monarch was introduced to the “master brewer” who demonstrated how to pour the perfect pint of stout. The Guinness Storehouse was originally built in 1904 to house the Guinness fermentation process at the brewery. 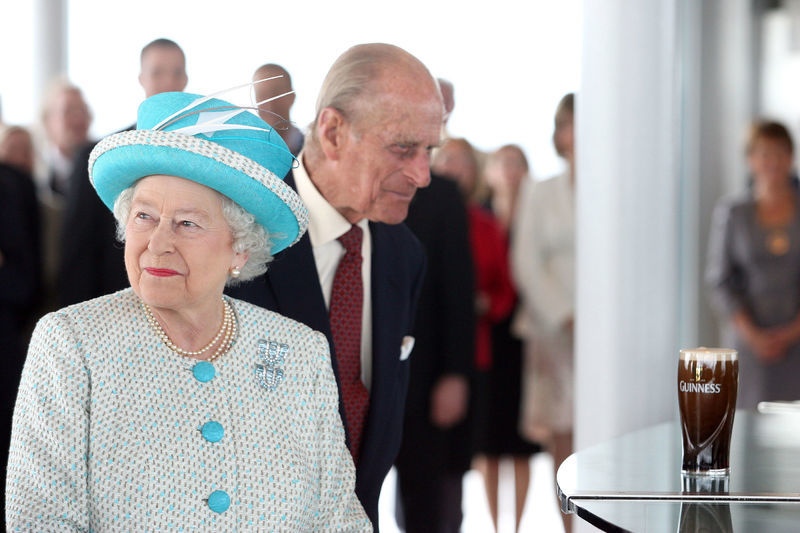 The Storehouse building was in use as part of the making of the famous Guinness beer until 1988 and in November 2000 the building was turned into a visitor centre. Since opening, the Guinness Storehouse has welcomed over 8.5 million visitors from around the world and is Ireland’s number one international visitor attraction. The building houses a seven-storey Guinness experience which allows visitors to gain an understanding of how Guinness has become one of the world’s most iconic and best-loved brands. The highlight for many is the Gravity Bar, where visitors can enjoy unparalleled panoramic views of Dublin City – views that are all the better with a complimentary pint in hand!

Queen Elizabeth also made a historic trip to Croke Park on her State visit to Ireland. Croke Park has been at the heart of Irish sporting life for over a hundred years. Boasting a capacity for 82,300 people, the stadium is the home of Gaelic Games and the headquarters of the Gaelic Athletic Association (GAA).

The Queen indulged her passion for horses during her visit to Ireland, visiting the National Stud in Co. Kildare. The Irish National Stud is still very much a working stud farm, breeding winning race-horses, and you can find out a lot about the industry on a tour of the stud itself and a visit to the adjacent Horse Museum, but it is also a lovely place for a walk, with acres of horses grazing and several gardens to enjoy.

On their Irish trip, Queen Elizabeth and Prince Philip took a tour of the famous Rock of Cashel in Co. Tipperary. 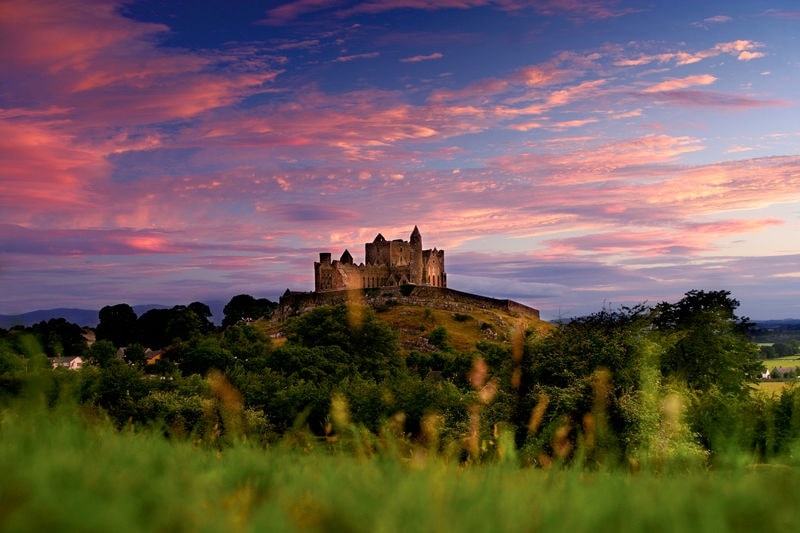 The Rock of Cashel (Carraig Phádraig) is also known as Cashel of the Kings. Reputedly the site of the conversion of Aenghus the King of Munster by St. Patrick in the 5th century AD., long before the Norman invasion, The Rock of Cashel was the seat of the High Kings of Munster. Most of the buildings on the site date from the 12th and 13th centuries when the rock was gifted to the Church. The buildings represent both Hiberno-Romanesque and Germanic influences in their architecture.

During her visit, the Queen travelled to Cork City where she and Prince Philip toured the famous English Market, one of the oldest covered markets of its kind in Europe, dating back to 1788.  Known by the locals as ‘the covered market’, the market is famous for the ‘artisan’ food which is sold there. Everything from bread, cheeses, organic fruit & vegetables, to tripe and drisheen. 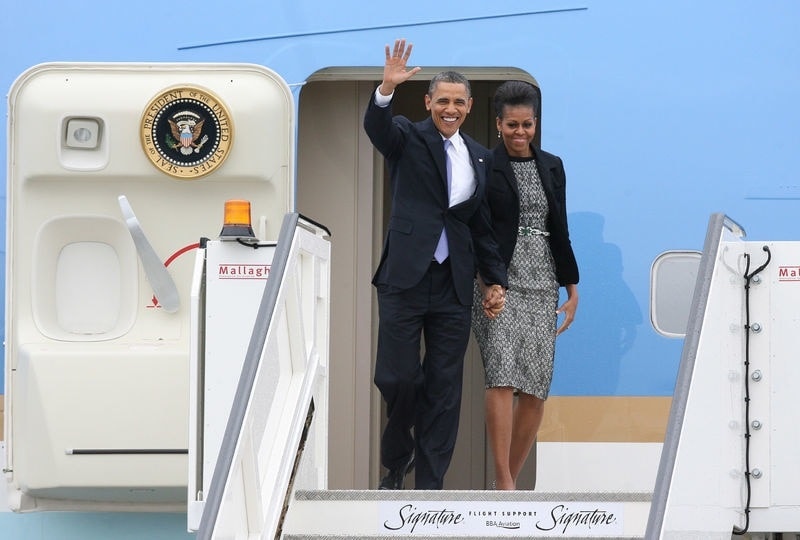 In 1850, Falmouth Kearney, the second son of a Moneygall shoemaker, joined the mass exodus fleeing the Irish famine in hopes of finding a better life in America. 160 years later, his great-great-great-grandson Barack Obama returned as President of the United States. On his brief visit to Ireland in May 2011, President Obama visited his ancestral home in the small village of Moneygall, Co. Offaly and popped into Ollie Hayes’ Pub. 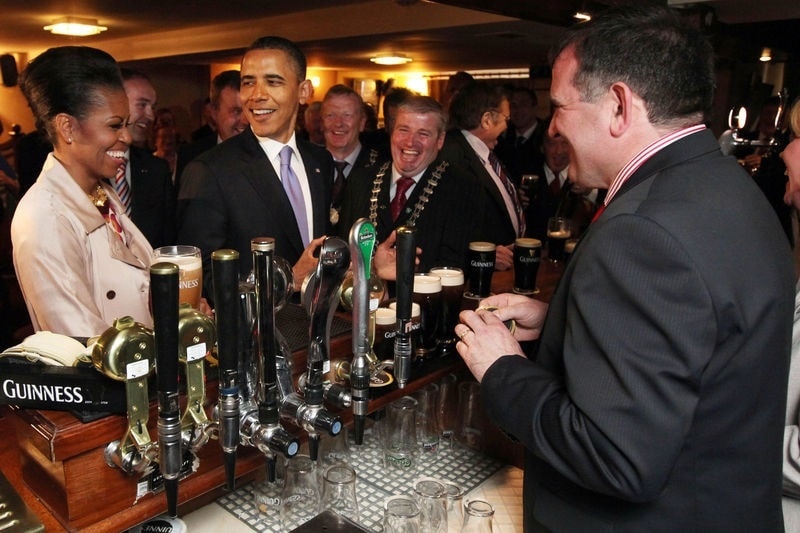 The president told the crowd at Ollie Hayes’ Pub: “I just want you to know that the President pays the bar tab. That’s how we do things, you know.”

For his brief visit to Ireland, President Obama and his wife Michelle were due to stay in The Merrion Hotel in Dublin.

The President did arrive around midday to The Merrion on Monday 23rd of May and headed to the 2,100-square-foot penthouse suite at Mornington House, one of four lovingly restored Georgian townhouses that comprise the hotel and that are joined with a contemporary Garden Wing.

"A light healthy lunch" was prepared under supervision from White House catering advisers who vetted everything served. Unfortunately, due to the Icelandic Ash Cloud, the president had to fly out the same evening for the UK.

Historical Visits throughout the years... 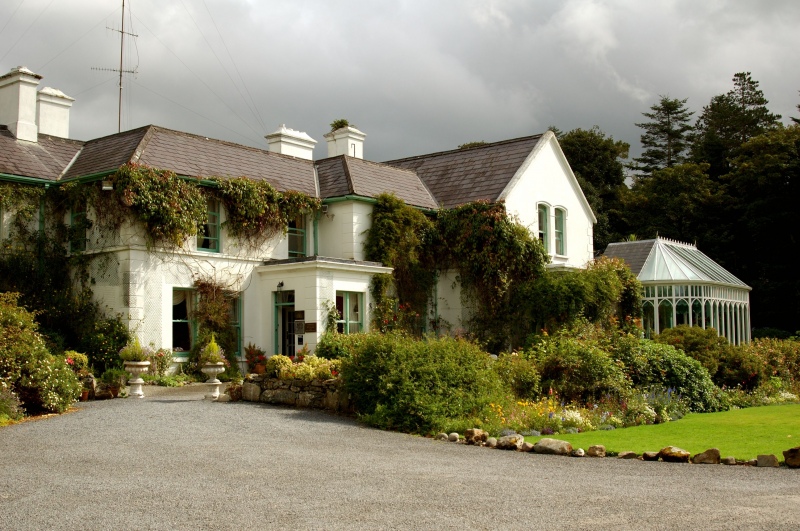 On April 1969 General de Gaulle resigned his office as President of France, and the General touched down in Ireland just two weeks later. De Gaulle used his holiday in Connemara in the west of Ireland to rest, to begin writing his memoirs and tracing his ancestors, on his mother’s side, the MacCartans from Co Down.

General and Mme de Gaulle chose Cashel House as their Irish hideaway. The British Prime Minister Harold Macmillan had also stayed at Cashel House in the days before it became a hotel. At the time of de Gaulle’s visit, the hotel had been open only a year; the McEvilly Family, who had just bought the Victorian property, run it still today.

Situated in the heart of Connemara on the West coast of Ireland Cashel House Hotel is set in 50 acres of award-winning gardens containing flowering shrubs and woodland walks.

When de Gaulle left, he wrote with the economy of a military man just one word in the visitors’ book — “Excellent”.

Former American President John Fitzgerald Kennedy was a son of two families whose roots stretched back to Ireland. The Fitzgerald family were from County Limerick in western Ireland. Between 1846 and 1855, some of the Fitzgeralds migrated to America to escape the devastating potato famine. During the same period that the Fitzgeralds migrated to America, Patrick Kennedy, a cooper, left his ancestral home in Dunganstown, County Wexford, and sailed for the United States.

During his visit to Ireland in 1963, President Kennedy visited his ancestral homestead, a small croft building and farm near New Ross in County Wexford. Tea had been laid out on trestle tables in the yard and a banner declared "Welcome home, Mr President". The president spent about an hour chatting with his Irish family, cut a large cake and with a teacup in hand said: "I want to drink a cup of tea to all those Kennedys who went and all those Kennedys who stayed."

The Kennedy Homestead is now a unique Cultural Museum and Visitor Centre and well worth a visit for those interested in the history of the Kennedy family and Irish-American history in general.